I tried to grasp this mantra of his around in my mind as a child often, completely unknowing that this was his, and was pure hooey. This was just another way for the sweeper to keep sweeping. I would watch my mother in astonishment from the corner of my eye as she would methodically turn the electric oven in our kitchen on and off for some 45 minutes to an hour daily, ritualistically. “Warm. Off. Off. Off. Warm. Off. Off. Off.” Was there a purpose here that I was missing? Did other oven users do this? Was this behavior described in the manual for best use? Interrupt the ceremony, and it would begin again. Okay, let’s have turning off the oven; TAKE 2—and, ACTION! “Hey Dad, why does she…” “Let her be, everything happens for a reason.” 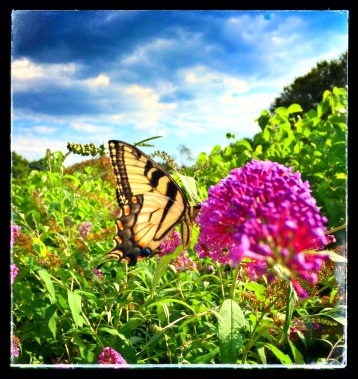 Trimming the lawn with scissors, after the landscapers mowed. Raking the carpet after the vacuum left its pattern. Straightening the creases in the sofa pillows after someone sat down. Getting the dust ruffle just right under the bed so that the pleats read evenly. Rearranging the jellybeans in the bowl because someone ate one or three. Hiding the wires from the television behind the leaves of the plants. Straightening our personal desk drawers. Having a trash can in the bathroom that was not to be used for any trash–verboten. These were the things that filled her days. Every day. “Hey Dad, why does she…” “Let her be, everything happens for a reason.”

This response was not saved for just my mother’s mishegas (later known as extreme, undiagnosed OCD). My grandmother was diagnosed with ovarian cancer the exact same week I learned in high school about how cancer begins with improper cell division. “See, everything happens for a reason.” Suddenly, I was terrified to further my learnings about science, health, and biology. Who of my dear relatives would fall next? Was my Nanny victimized to further drive home the point of my father’s absurd refrain? This just could not be so.

The AIDS crisis began in 1981. I had just graduated from high school and this new, terrorizing disease was killing the gay community by the masses. “See, everything happens for a reason.” “But dad, what reason could make this happen? And out came hatred and fear and bigotry. And a greater understanding of the dreck from which he spoke.

What I have learned was Dad was wrong. He still is wrong. Bad stuff happens. Good stuff happens. Someone, somewhere cannot possibly make these horrid things occur with intention. I have reason to believe that we, as people, are better than that. Oh, and my mom could have been helped with tremendously by medication. Yet she continues, “Click, opened. Click, locked. Click, opened. Click, locked.”

Zie gezunt. They should live and be well.

2 thoughts on “Reason to Believe? Reason to Question?”