Hello, my friends. I have been quiet of late — very unlike me, I know. It has been a hell of a couple of  weeks. First, strep throat knocked us all to our knees. One by one, we fell. Despite hand washing, Lysol wipes and new toothbrushes, we were coated with cooties and all swilling shots of penicillin. Strep is literally, like swallowing a brick. Not fun times as an adult — I can only imagine the pain for my kinder (children). Gatsby was literally, the last man standing. Vey iz mir (OMG, but worse), it was bad.

What followed in the aftermath was tougher to bear than the bacteria-baked bricks… Our, my journey of late has been tough. No harder than the next person mind you… of that I am well aware. Still difficult, nonetheless.

I have been living the plight of the salmon. (Not the delicious kind that ends up atop your shmear (cream cheese) on a toasted everything bagel…) I’m talking about the astounding event where the momma fish leaves years of comfort in ocean dwelling, genetically alters its very form to seek out and return, upstream, against the tides, waterfalls, bears, and all odds, to the roots of their birth. Without google maps, these salmon, they locate the exact freshwater stream of their birth, to lay the eggs of a new generation on the gravel river beds. And then they die, knowing the kinder are well-tended and will carry on.

These salmon, they are fighters. They are filled with courage and defiance to do what they must do — to follow their core. They are the definition of #rebelgirls and #strongwomen. They defy all limitations and persevere, despite obstacles, predators and sheer exhaustion. They do this because they have no other choice but to be true to themselves and those they love.

This Yiddisheh momma has been #livingfearlesslyauthentic, much like the salmon. I swam hard and long. I reached my freshwater riverbed, and I spoke my truth. I did so for injustice and all that is unfair. I did so for my Mrs., my Big, and my Little. I did so for ME. And I truly believed that:

What I learned, was that you can still fall. That the truth is not always enough. That there are so many who can easily look away from truths. That so many can label, misrepresent, smear (very different from a nice shmear), and lie. And that the latter group that can win. And that in itself can be mentally and physically crushing.

My silence is over. My quiet has passed. I still grieve the loss, nurture my courage. I will become whole again. After all, I have two shayneh maidelehs (sweet little girls)  that must know that despite everything, it is always an obligation, to tell the truth. That we must always stand tall and respectfully fight, not only the injustices that we face, but those of our fellow humans too. I have learned in no uncertain terms that the battles that surround us are much larger than we know. That the work ahead is complex.

And despite my loss, I would stand up again, and risk the same fall. My Mrs. and me, we will raise two mighty girls with voices to engage and take a stand for their sisters and brothers who need them.

Injustice won this time, a shonda (crying shame). But this particular salmon, I am not rolling over and playing dead.

A liar tells his story so often that he gets to believe it himself. A ligner hert zikh zeineh ligen azoi lang ein biz er glaibt zikh alain.

Plus, I know karma is a bitch for all nogudniks (someone on the wrong side of the law). 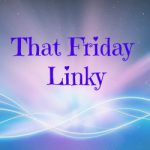