A severe winter storm, defined as a ‘bomb cyclone,’ is hitting the eastern United States with the tenacity and chutzpah (balls, or nerve, for lack of a better term) of mr t’s thumbs in a tweetstorm with lil’ kim. Be warned, the ‘bomb cyclone’ is not fake news. Caused by a portentous plummet in (air) pressure , millions are now bracing for snow, ice, bone-chilling winds, and record-breaking low temperatures. This is not your momma’s Nor’easter.

The folks residing at the Manors are particularly preparing for calamitous cold conditions. “Last weekend, we saw 2-3 inches of snow in the bedroom alone,” said one resident, declining to be named. He went on to state, “We rescue one or two people a season in the hallways and on the steps, which typify tundra-like temps through March, as a rule.”

Apparently, a jet stream of cold air naturally penetrates the recently remodeled residences.  Winter storms gravitate from the upper reaches of the atmosphere to the lower levels of the living quarters. It’s spectacular to observe.

“Perhaps record-breaking is the new normal,” said a young med student, who refers to her apartment as the ‘igloo on 2.’ “No need to worry about the small refrigerators. You can preserve perishables and slides from the lab, just about anywhere there’s a window! You don’t get that everywhere, you know?”

Another resident looks at the positive side of life, saying, “With this level of cold, we need less coffee to stay awake! The early morning wind gusts in the bedrooms have the kids flying out of bed to get dressed and ready for school each day. Tooth brushing is never as welcomed as it is in the austere conditions of winter.”

One couple quoted said, “We are thankful for the balmy bathrooms as a respite from the bleak bombogenesis that comes naturally with each unit. Most often, we sup in there to prevent our food from freezing up. A nice tablecloth can really dress up the closed lid on the loo. Candles add  romance and help us to keep the magic of our relationship alive!”

Young kids enjoy the ski-lodge conditions, making extra money shoveling snow indoors. “We charge just a fiver for each apartment. We can really cash in with a storm like Grayson headed our way,” said one teen leading a group meeting of the cleanup crew. “I mean, the apartment folks, they shovel the walk-ups outside and stuff, but no one comes indoors like we do! We’ll have college costs and the new iPhone covered after ‘Gray.'”

Mrs. Rosenblatt, in R4, says, “My bursitis, oy, she will be acting up again with a pressure drop like this. At least I know I won’t have to ice my shoulders. I just put my rocker near the window as I knit and I will be frozeny-fine in no time flat. Who needs 20 minutes on, 20 minutes off. It’s too much to think about. My doc can’t believe how lucky I am!”

Climatologists and rheumatologists alike have begun ascending on the apartments at the Manors, delving deep into the unusual weather pattern methodology and pain treatment analysis. “Rapidly warming oceans  are definitely having their way with the people populating this uniquely beautiful Tudor,” said one scientist from the Council on Oceanographic Laboratory Discoveries (COLD).

Climate scientists fervently favor this life-saving acronym when prepping for an arctic anomaly like Grayson: COLD: Clean clothes, Overheating, Layering of clothing and Dry clothing. Mrs. Rosenblatt further states, “On most days you can run into any neighbor schpatziring in our gotkes (running around in our long johns). I recommend this place to all my menopausal friends. A nice hot flash is easily abated with this chill.”

One family is gleefully leaving for warmer climes very soon. 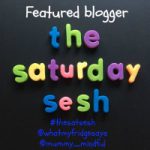 54 thoughts on “This just in from the National Weather Service…”