June is National Gun Violence Prevention Month. Living here in these United  States, it’s something I take very seriously. Last year, I wore orange for Hadiya Pendleton. You can read about Hadiya and why #WearOrange became a movement here. I think about Hadiya daily, her stolen childhood and untapped, unfulfilled dreams. My heart breaks when I think about how her parents and friends must feel. And having never met her, I am deeply saddened that her bright light no longer shines in our world.

I look at my kinder (children) and I wonder if/when this epidemic of gun violence will stop. It is a health crisis, as virulent as Ebola. On June 2, I marched again, my Mrs., Little, and Big at my side. The crowd was little bigger, but not big enough. Hadiya deserved more people marching in her honor, a sea of orange for a necessary sea change…  Gun violence must not be the new normal. We should feel safe going about our days. Our own president  publicly addressed the NRA  at their annual Convention and said, “I will not let you down. I will not let you down.”

Movita Johnson-Harrell. I #WearOrange for her too. This inspiring woman has lost her father, brother, and teen-aged son to homicide by gun violence. Tsuris (devastating pain, grief) does not begin to cover what she has been through in her lifetime. Her speech at our March in Philadelphia left nary a dry eye. My Mrs., she was verklempt (all choked up). Yet Movita, she gets up every day, puts a smile on her face, and works very hard to make sure no other momma will ever feel the pain she feels or experiences what she has experienced. She was even selected by our new D.A. Larry Krasner, a good man,  as Interim Supervisor of Victims Services. Who could understand victims and their families more than Movita? Through her broken heart, she helps others. A real mensch (good person, through and through).

Marching and gathering peacefully in protest is my right as a citizen, and I need to do more.  Each week, volunteering with Moms Demand Action, I make telephone calls to constituents all over the country, urging them to contact their legislators about concealed carry reciprocity. I often get yelled at, hung-up on, told that the person on the other end of the line is carrying… and I also, often connect, listen, politely inquire, challenge, and charmingly change the thought process with real facts. It is one of the toughest, yet most rewarding 60 minutes during my week.  Together with other volunteers, Moms has driven hundreds of thousands of phone calls to elected officials to battle the NRA and the ballot box.

I woke up today, a good thing. So did you, because you are reading. Nu? Already, two good things. I looked at the news on my phone… Palm Sunday Church bombings in Egypt. Dozens killed. US Aircraft carrier heading over to get closer to North Korea. A deadly truck attack in Sweden. Sweden??

I took Gatsby on a walk on a nice sunny morning and I said, “G, we need to see some sign of hope.” On the way home, look what I saw.

May we all wise up and have hope.

This morning, I am typing as an exceedingly mortified, angry American. Not but five hours ago, did I sit with the Mrs. and witness one of the worst, most vitriolic attempts, at a town hall style presidential debate for the highest level of office in our country. Bizarre doesn’t begin to cover what continues to unwind before our very eyes.

As I write, I hear the same early morning noises. The family above me stirs about in their apartment. Streetcars blur by. A siren blares in the distance. The birds chirp as they plot and plan the day. A distant, “I love you” is heard across the parking lot as the waste truck winds it way through the route. Everything sounds the same, yet nothing is the same.

Our world changed last night. Not for the better. This election is a nightmare. We have lowered the bar in this country in a way that reality TV has trained the proverbial ‘us’ to accept. Whoever is elected in this next election will shape so much more than the next four years of our lives. They will hold the power to define the next generations to come. My kinder (children), your kinder, and our kinder’s kinder too.

My vote is not a vote of hate or divisiveness. I am voting because #BlackLivesMatter. I am voting against #Islamophobia. I am voting for religious freedoms. I am voting for #WomensRights, #LatinoRights, #LGBTrights, #MarriageEquality, #DisabilitiesMatter. My vote is for closing the loopholes on guns and creating better background checks. I am voting for health care that rightfully includes mental health. These are just words folks; words drenched in meaning, not empty rhetoric. Words attached to people and lives that matter.

What did I learn last night?

Maya Angelou said it best when she said, “When someone shows you who they are, believe them the first time.”

He has shown us time and time again. Say NO to the bully.

Yoga guru Baron Baptiste always says (at least when I did his DVD over and over again, that  “Repetition is the Mother of Mastery.”

And sometimes it’s just not.

And sometimes it’s just not.

We just have to stop this horrible behavior. 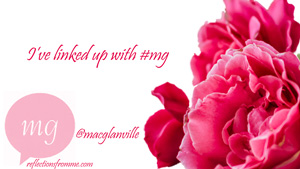 Who needs cable? We have our own excitement around here. Vey iz mere (heaven forbid) some normalcy we should have. Our evening started off so tranquilly. As a family, we noshed (ate dinner) on a nice meal. We streamed a delightful documentary, ‘First Position,’ about young ballet dancers, hard work, determination and the joy of the dance. It was magnificent. Little and Big were kind to each other, wore their listening ears well, and we were all assembled in a family-style, sofa-sized snuggle. Bouts of ballet broke out before us as Little and Big sensed the genius they were watching and tested their own moxie as dancers took to the stage. We watched through the credits, kinder leaping and twirling.

It was Friday night, my turn to cuddle my kinder (kids) to schluffy (sleep). We kissed the Mrs. and Gatsby, our pooch, good night, and pranced into the bedroom for dreamland. I had a shana madelah (little innocent daughter) curled in each arm. What could be bad? Nu? Big, she fell first, as witnessed by the cutest little purr of a snore. My Little, always the challenge, dared dreamland and the imaginings ahead in the dark. Yet even she soon surrendered sweetly. I felt her soft breath on my cheek. The toil of the ‘short-long week’ took its toll, and I soon drifted off too, smile on my punim (face).

Mittendrinnen (in the middle of everything), the Mrs., she comes running in, out of breath, shaking my feet, trembling, and saying, “Someone’s been shot in the parking lot!” Not two minutes before, she was outside with Gatsby for the last walk of the night. I pray, no I don’t hope I’m dreaming? No such luck. I pinched myself; it hurt. Kaynahorah (without the evil eye), I looked around and my family was okay.

I stumbled out of the bedroom to the frightening scene that played out downstairs, just below our kitchen window. Police cars, marked and unmarked, flew in, lights blazing as it neared midnight. A man stumbled and fell out of a white car, blood pooling around him as he lay in agony on the macadam. Neighbors were trying to stop the blood that poured from his groin. Everyone called 911. I even called NBC 10 news-as if they would cover such a story.

“We’ll be right over, said the women at the news desk.” Have you seen them?

Where in the hell was the ambulance. At least six cop cars had arrived. Two cops dragged the poor screaming man by his legs, across the pavement, to their car. A trail of blood followed him. His girlfriend cried out in terror; he shouted, clearly suffering. The cops, they insisted they were helping him to get to the hospital. I can still hear his screams. My heart still thumps uncomfortably in my chest. Was this brutality? The Mrs. and I, we couldn’t help but wonder if a white man on a better street in a better section of Philly would have been schlepped (pulled) like that. #BlackLivesMatter

So began the investigation. No sign of a gun. No sign of a struggle. No shattered windows. No bullet holes from outside of the vehicle. A bloodied drivers seat and blood along the parking lot. What’ happened? The police turned to the girlfriend, arms bloodied as she tried to help her boyfriend, to stop the flow of his blood into the street.

“Where is the gun? Where are the cell phones? Do you have his SIM cards? Did you give them to your daughter to take inside?”

We were two white moms witnessing the horrors of the #BlackLivesMatter movement. The fear and the tension for everyone outside, painfully clear. The detectives started to pressure, to criminalize the girlfriend, who lives two flights below. The police wanted to take her in, didn’t trust her innocence in the events. The Mrs., she ran down 3 flights of steps to tell the detectives, “She’s telling you the truth! I was there, with my dog. Everything she said is what happened.”

The cops took the young, bloodied woman to the station. Her mother said to her, “Go along. We don’t want any trouble here.” The woman walked confidently to the car. The grandmother stayed home with the 9-year-old granddaughter, a witness to too much too soon, and perhaps too often.

The remaining cops and detectives placed yellow police tape around the area in question. The pool of blood shimmered in the night. The evidence bags came out, the flashlights. The Mrs. and me sat on the sofa, holding each other, crying. We were so grateful our girls slept through it all. We talked about what happened. Were we safe living here? What about the kinder (children)? Moving forward, we will refer to this horrible event as ‘pasta salad’ because Little and Big are too damned smart for their own good, figuring out everything we talk about in front of them. Listening only when we don’t want them to.

The next day, the Mrs., she ran in to the family, three generations of black women. They hugged her. They told her they loved her and that she really saved them that night. The daughter was released from the police safely, without incident. They said they let her go because the Mrs., she vouched for her.

We can only surmise how the gunshot transpired. Said boyfriend called moments before arriving to tell his girlfriend he was picking her up. Somewhere in the two minutes between, “I’m coming to get you” and pulling into the lot, he was shot. With no visible distress to the vehicle, he quite possibly, accidentally shot himself in the groin as he removed the gun from his pants before he picked up his girlfriend. He very likely shot his own nuts private parts off and ditched the gun along the way.

A few things I do know:

This has got to stop.

A bei gezunt (we should all live and be well) together.